The Chinese Government’s tolerance for a sharp slowing in growth is low given the risk of social instability it may bring.

In the absence of much lower savings (the main driver of debt growth), rapid deleveraging would be dangerous, and the Chinese Government knows this.

A downturn in the housing cycle and its flow on to consumer spending will detract around 1 to 1.5 percentage points from growth, and growth is likely to be constrained to around 2.5-3%, but recession is still unlikely:

The growth drag from falling mining investment (which was up to 2 percentage points) has faded.

Interest rates can still fall further, and the RBA is expected to cut the cash rate to 1%.

The $A will likely fall further providing a support to growth.

Three reasons why the RBA will cut rates this year

The housing downturn will constrain growth to at or below potential.

This will keep underemployment high, wages growth weak and inflation lower for longer.

The RBA may ultimately want to prevent the decline in house prices getting so deep it threatens financial instability.

Three reasons why a grizzly bear market is unlikely

Shares could still fall further in the short term given various uncertainties resulting in a brief (“gummy”) bear market before recovering. But a deep (or “grizzly”) bear (where shares fall 20% and a year after are a lot lower again) is unlikely:

A recession is unlikely. Most deep grizzly bear markets are associated with recession.

Measures of investor sentiment suggest investors are cautious, which is positive from a contrarian perspective.

The liquidity backdrop for shares is still positive. For example, bank term deposit rates in Australia are around 2% (and likely to fall) compared to a grossed-up dividend yield of around 6% making shares relatively attractive.

Seven things investors should allow for in rough times

Times like the present are stressful for investors. No one likes to see their wealth fall and uncertainty seems very high. I don’t have a perfect crystal ball, so from the point of sensible long-term investing the following points are worth bearing in mind.

First, periodic sharp setbacks in share markets are healthy and normal. Shares literally climb a wall of worry over many years with periodic setbacks, but with the long-term trend providing higher returns than more stable assets. The setbacks are the price we pay for the higher long-term return from shares.

Second, selling shares or switching to a more conservative strategy after a major fall just locks in a loss. The best way to guard against selling on the basis of emotion is to adopt a well thought out, long-term investment strategy.

Third, when growth assets fall they are cheaper and offer higher long-term return prospects. So, the key is to look for opportunities that pullbacks provide.

Fourth, while shares may have fallen in value, the dividends from the market haven’t. The income flow you are receiving from a diversified portfolio of shares remains attractive.

Fifth, shares often bottom at the point of maximum bearishness. So, when everyone is negative and cautious it’s often time to buy.

Sixth, turn down the noise on financial news. In periods of market turmoil, the flow of negative news reaches fever pitch, which makes it very hard to stick to a well-considered, long-term strategy let alone see the opportunities.

Paddock to Port to Plate 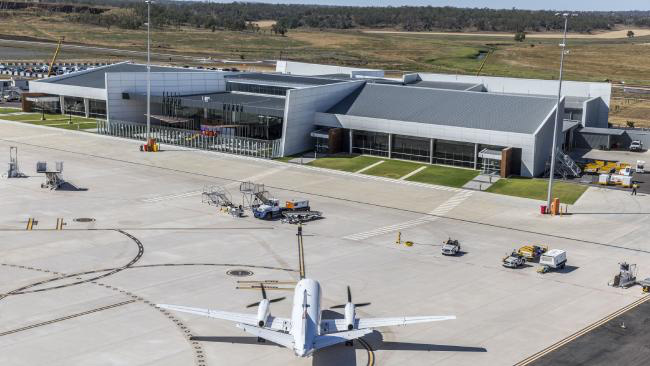 The vision - To supply the best fresh Australian produce from 'Paddock to Plate' in Asia within 24hrs.

Topline: This is another huge logistical infrastructure step in the 'big hairy audacious goal', to enable wider Australia and the region to supply fresh produce to the tables of Asia.

Major infrastructure projects planned in the Darling Downs will have huge impact on local agribusiness and industrial property sector.

The food supply chain is dependent on a range of infrastructure for continuity of production, processing, distribution and retail—power, water, financial services, communications and transport services - Extrapolate the economic impact and the job opportunities and find out more about Toowoomba

A $13 billion economic bonanza for Toowoomba has the city scurrying to lure new residents to fill jobs.

The Darling Downs city, dubbed Too-boom-ba, is preparing plans to lure workers to live there as a raft of huge infrastructure projects and other developments create a looming skills shortage.

"That’s the biggest challenge we have at the moment," Shane Charles, CEO of Toowoomba and Surat Basin Enterprise, said. "There are 500 jobs unfilled. We need people to relocate here."

The business group is considering a crowd-funding campaign to recruit workers from areas of high unemployment in Queensland and other parts of Australia.

“We have work opportunities, we’re the most family-friendly city in Australia and the median house price is still only $375,000,’’ Mr Charles said.

The latest lift for Toowoomba came with this week’s Federal Government announcement that the inland rail route from Melbourne to Brisbane would take it right past the city’s Wellcamp Airport and three enormous industrial and logistics parks being constructed.

At its meeting today, June 6 2017, the RBA Board decided to leave the cash rate unchanged at 1.50 per cent.

According to the RBA - The broad-based pick-up in the global economy is continuing. Labour markets have tightened further in many countries and forecasts for global growth have been revised up since last year. Above-trend growth is expected in a number of advanced economies, although uncertainties remain.

In China, growth is being supported by increased spending on infrastructure and property construction, with the high level of debt continuing to present a medium-term risk. Commodity prices are generally higher than they were a year ago, providing a boost to Australia's national income. The prices of iron ore and coal, however, have declined over recent months as expected, unwinding some of the earlier increases.

Conditions in the housing market vary considerably around the country. Prices have been rising briskly in some markets, although there are some signs that these conditions are starting to ease.

In other markets, prices are declining. In the eastern capital cities, a considerable additional supply of apartments is scheduled to come on stream over the next couple of years. Rent increases are the slowest for two decades.

Growth in housing debt has outpaced the slow growth in household incomes. The recent supervisory measures should help address the risks associated with high and rising levels of indebtedness. Lenders have also announced increases in mortgage rates, particularly those paid by investors and on interest-only loans.

Is Super gearing on borrowed time?

SMSF trustees with geared investments may need to be prepared for possible changes.

The government not only rejected Labor's proposals, which was part of an expanded housing affordability plan, Prime Minister Malcolm Turnbull began playing down expectations about the Coalition doing much at all on housing in the May 2017 budget.

SMSF Association CEO Andrea Slattery said there was "little or no convincing evidence" that the use of borrowing by small super funds was playing a significant role in affecting housing affordability.

ANZ’s survey of Property Council members for the June quarter showed that respondents in the sector are staying bullish in the face of some headwinds. Sentiment remains high in NSW, and the latest data reveals a surprising boost in confidence for the WA market.