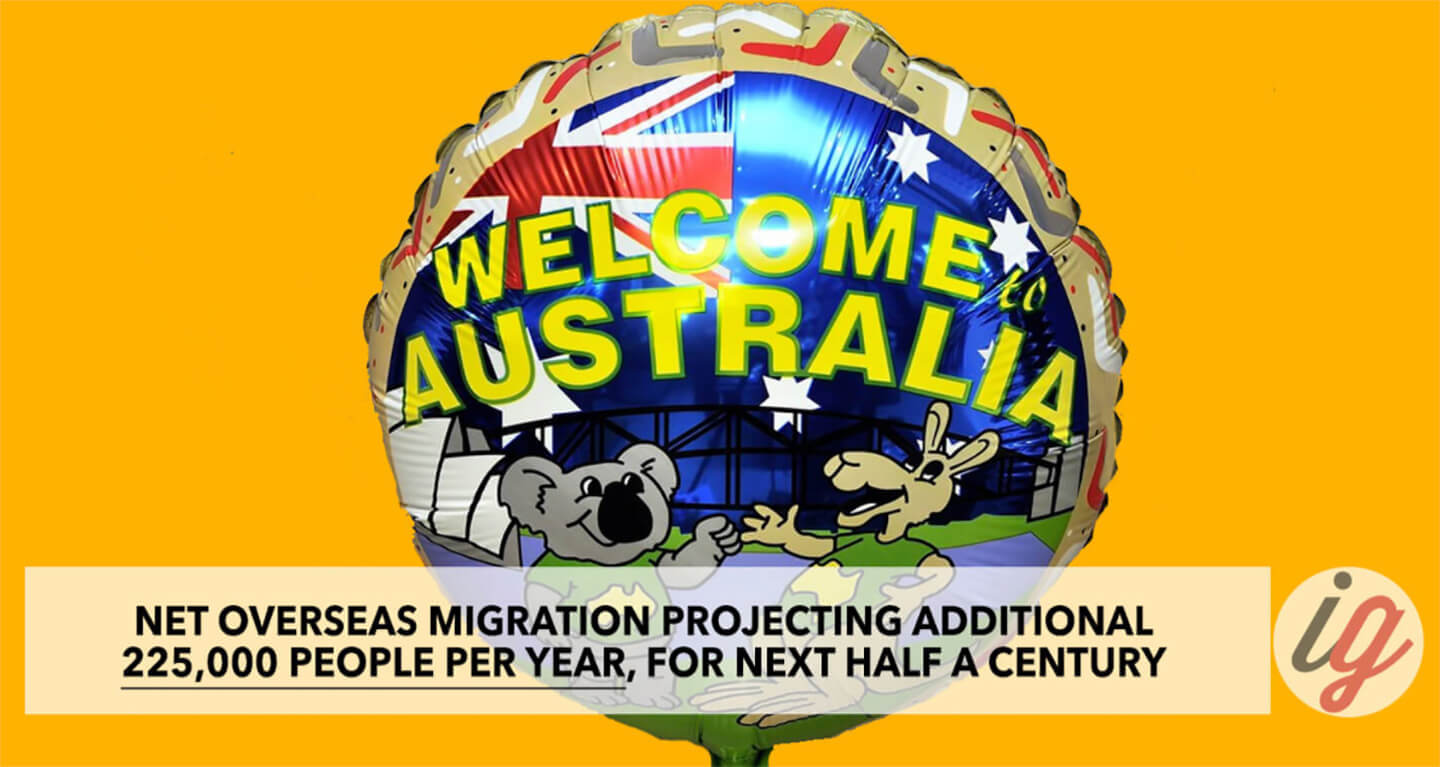 One of the most profound changes affecting the Australian economy and society this century has been the massive lift in Australia’s net overseas migration (NOM) and population growth under the multi-partisan Big Australia policy.

This rapid population growth is projected to continue for decades to come, if current policy settings favouring high immigration continue.

The ABS medium population projections released in 2018, have NOM continuing at current strong levels ( 225,000 people a year ) for the next half century. Australia’s projected to see 17.5 million population increase, lifting the country to 42.6 million people by 2066